Save documentation as PDF

Throughout this guide, we will adopt the PCI-DSS example above, where telephone calls that contain spoken credit card information need to be masked out by an audible tone, but only during those parts of the call when the card details are being spoken, leaving intact the rest of the call audio.

In this scenario, we will assume that agents (employees that make or receive telephone calls) utilise an in-house or third-party data entry system into which credit card detailed are entered using a computer.

Considering TIM Plus (in conjunction with one or more Magic boxes) records the call audio at strategic boundaries in your telecom infrastructure - usually your organisation's telephone lines, rather than each user's telephone handset - some reconciliation is normally required between those boundaries and the actual agent that handled the call.

By default, this reconciliation occurs automatically in TIM Plus, which is how the agent-centric calls that you see in call reports are able to be associated (matched) with each call, as seen from the point of view of a telephone line which delivers calls to many agents.

During obfuscation, it is necessary that a user or device sends at least two signals to TIM Plus. Together, these two signals allow TIM Plus to mask out the audio between the two points in time that each signal was received. 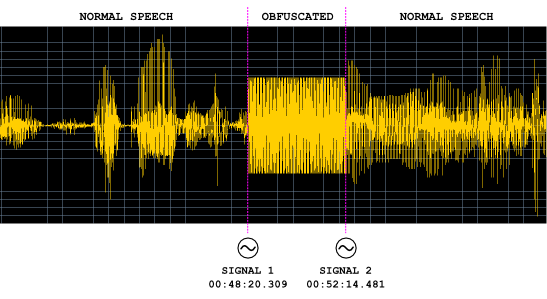 A single telephone call can contain more than one obfuscation and the number of signals required is always twice the amount of obfuscations in a call.

This guide assumes the following statements are true:

Taking the example of masking out some digits of a phone call when a credit card number is being quoted, most solution providers modify the data entry system that an agent uses.

To send a start or stop signal, a simple HTTP GET request must be sent to the TIM Plus web server.

Every request to the web server requires authentication, therefore you need to ensure that the relevant HTTP authentication headers are sent with your request and that the username and password combination match an existing web user object in the Directory.

The response status code will indicate success or failure.

Valid parameters are described in the table below:

Return values are specified as HTTP response status code. Although the body of some responses may contain informational text, you should not rely on this text to make any decisions as to whether the request was successful or not.

Valid status codes are as follows: